I have been very busy with the end of school, taking care of my mom who had surgery, and signing up for my first college classes. 🙂 I am just now getting to write about my really cool experience at the Cleveland Clinic Patient Experience Summit that was held in Cleveland in May.

I was extremely excited to be a secret guest speaker on Monday, May 19th at the Patient Experience Summit. It was very hard to not tell anyone before the event. I was very surprised in February when Dr. Merlino from the Cleveland Clinic reached out to me to ask if I would be willing to speak at the conference. He had seen my I am a Patient and I need to be Heard video, and he asked if I would share my experience. A few weeks before the event, I got to “meet” Deidre Mylod by phone. She was the one they picked to do an interview of me, and she made me feel so much more relaxed. It was very nerve wracking for me to learn that I was going to be speaking in front of 2100 people when the most i had ever spoken in front of was the 25 people in my class at school. However, it was also very exciting.

On Saturday, May 17th, we flew to Cleveland. We got to stay in a brand new hotel, the Westin, that is right near the lake. It was nice but they were still working out the quirks considering it was only open for 2 days when we checked in. It was cool to be the first people to stay in the room though. 🙂

On Sunday, we went to the opening events at the Summit. When I went to check in, they had to make me a new badge that didn’t say Speaker since it was still a secret that I was speaking. It was kind of awkward talking to people because I was so young and I know they were probably wondering what I was doing there. The reception was really nice though, and we enjoyed it.

On Monday morning, we had to get up early. I am not a morning person as you might have guessed from my videos, and we met Deidre in person in the Speaker Room. She was just as nice in person as on the phone. When it was time, the conference staff walked us to the front of the HUGE auditorium where I was going to speak. I jumped back a little in shock when I saw how big the room was and how many people were there. I thought my heart was going to beat out of my chest. They had planned for me to come from the audience to ask the CEO panel a question, but there was a problem with the microphone and it took a few tries before I got to ask my question. It was pretty cool to get to ask the CEOs of the Cleveland Clinic, Northshore Long Island Jewish, Baylor, and Intermountain Health a question. 🙂

Then, Deidre and I walked up on the stage. The lights were shining in my face so I couldn’t see past the outlines of the people in the first row which helped my nerves a lot. They were playing my first video when I walked up on the stage, and I had never listened to it after I had recorded it. I hate hearing my own voice, but then again, doesn’t everyone. After the video, Deidre asked me several questions about how i knew so much about being a patient, the ideas I have shared to make it better, people who have helped me, and advice I have for patients. You can watch the video here, but it is kind of hard to hear. I am going to try to add subtitles to it so that it is easier to understand. I have been pretty shy most of my life, but I actually really enjoyed speaking in front of that crowd. It was kind of an adrenaline rush.

The thing I was most unprepared for was all of the people who wanted to talk to me after I spoke. I was not expecting that many people to walk to talk to a teenager. They seemed to really listen to my story, and it inspiring to know that so many doctors want to give patients a better experience.

Overall, I had an amazing time. I got to sit in on sessions for all three days, and it was really great to hear other people talk about how to improve the patient experience. The summit is an amazing conference, and I would highly recommend it. Thank you to the Cleveland Clinic and especially Dr. Merlino and Deidre Mylod for giving me a great opportunity. 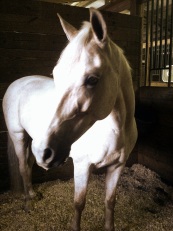 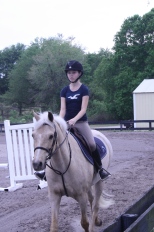 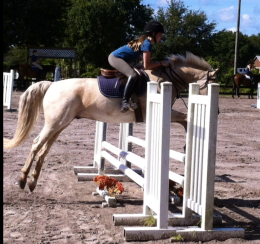 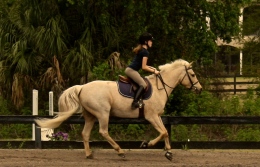 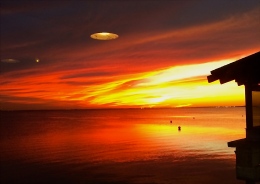